Where does all this reactionary populism come from? We spoke to philosopher Judith Butler about Donald Trump, Germany’s Willkommenskultur and radical democracy.

ZEIT ONLINE: Why did you decide to write a book about public assemblies right now

Judith Butler: I suppose I started to think about them during the Arab Spring when some debates started on whether or not public assemblies were a pure form of a democracy, suggesting: “This is the people and they are throwing-off an unjust regime”. And of course that raises all sorts of questions, like: who are the people really? Is it important that they are showing up in the street, are the bodies in the street representing all the people? What about those who are not in the street?

ZEIT ONLINE: Why were you so interested in the role that the body plays in assemblies?

Butler: There was also another debate related to the Occupy movement where some people were saying “they don’t have any demands, they are just occupying space”, so I was trying to say: “No, that is a way of making a demand, it is a way of saying this space belongs to us or this space should be public”. But it does not have to be verbalised for that claim to be made; I thought they were making it with their bodies or through the way their bodies were occupying space. I wanted to make the case that bodily action or gesture is also politically significant. It occupies the space to which it lays claim, and so embodies the claim.

ZEIT ONLINE: One could read an implicit sympathy towards assemblies into your book. Some people fear them.

Butler: Maybe it is the word assembly that we have to think about. There could be mass gatherings, there could be mass movements, there could be riots, there could be mobs. The mob is probably what we both fear. That does feel like violence could ensue. It is not a deliberate, it is not politically minded. Assemblies are different. There people come together and deliberate. And it is important that they come together, that they appear for one another. I mean, for someone like Hannah Arendt the assembly in Greece and in Rome was an important part of the inception of democracy. And I think we continue to need assemblies to realize democracies. We have to be able to distinguish between assemblies that are self-reflective and are inclusive – seeking to exemplify modes of democratic participation and debate, – and those who are giving up on democracy.

ZEIT ONLINE: You write that assemblies allow people to enter the public space who are usually excluded from it. Is that true in the case of Pegida?

Butler: There are principles of radical democracy at stake in the kind of assemblies that I support. If a group of right-wing racists get together and say that they have been excluded from a public space that does not accommodate racists, then they are actually asking for a right to exclude others. They are trying to assemble and achieve public space for the expressed purpose of a racist and exclusionary project. That is hardly democratic in intent or in effect.

ZEIT ONLINE: How do we decide which assemblies “we need”? An assembly might be inclusive and exclusive at the same time. Over the years in Tahrir Square in Cairo, countless women suffered sexual assault.

Butler: I think assemblies pose different kinds of risks for different kinds of people. If you are a woman or trans or if you are a migrant, you are probably at risk in a public assembly because public assemblies do involve physical and public exposure. You don’t always know who you are next to, you don’t always know who will exploit that proximity for the purposes of injuring you or someone close to you or someone on the other side of the crowd. So there is always a risk in public assembly.

ZEIT ONLINE: Would you like to see more bodies on the streets?

Butler: No. I do not think that the more bodies there are on the street the better our lives become. By the way, I don’t think you can separate what the bodies are doing from language. Bodies are expressive – they signify.

ZEIT ONLINE: Can one differentiate what a Pegida expresses through movement and gesture, from what a democratically-minded assembly expresses?

Butler: I think you could. I don’t think we can just decontextualize gesture and movement. The question is how it is contextualized. Those are generally racist and anti-migrant assemblies with a specific politics. We have to understand what they are doing, and then judge them accordingly. That is very different from new migrants taking to the street and asking for inclusion. If you have been prohibited from arriving in public because arriving in public is against the law, then arriving in public is to take up a relation to that law.

ZEIT ONLINE: But that can be true of far-right populist demonstrations.

Butler: Yes, but we are also saying that state violence and state censorship and racist popular movements all work against the claim to democracy Those who lay claim to white privilege, for instance, may claim that they are “excluded” by migrants, but they actually worry about losing their privilege. That is the context and that has to be the context by which we understand all of these gestures, movements and verbal claims. 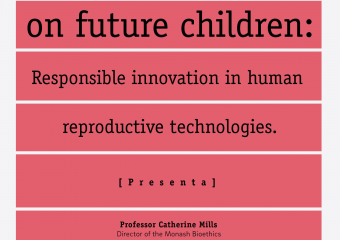